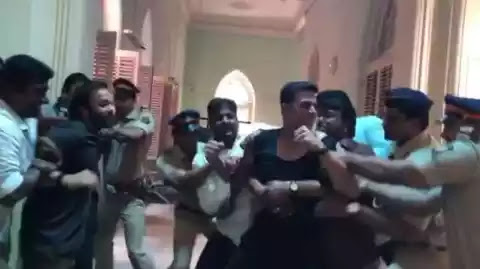 These days, Bollywood player Akshay Kumar is making a lot of headlines for his upcoming film Suryavanshi. Actress Katrina Kaif will also play the lead role in the film along with Akshay Kumar. This film has been directed by Rohit Shetty. Recently, a heart-wrenching video of Rohit Shetty has surfaced in which both of them are seen doing fiercely with each other. Even the police reach the spot to resolve their fight.

Actually something happened like this, a video is going viral on social media very fast. In this, the quarrel between Rohit and Akshay increases so much that the two begin to grapple with each other. After which the police separated them. Akshay Kumar himself shared this video on his Twitter account. Seeing this video, one feels that Rohit-Akshay have really clashed with each other, but the truth of this video is something else. 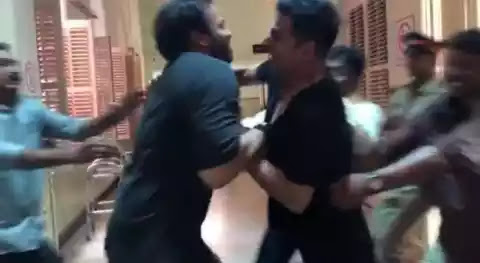 Actually, a website reported that nothing is going well on the set of Suryavanshi these days. Akshay and Rohit have a fight between the film ‘Suryavanshi’ and the conversation between the two is closed. Because of which the environment of the set is also not going well.

Not only this, even Karan Johar had to come to resolve this quarrel. While this news is completely fake. Making fun of this news, what Akshay Kumar and Rohit did is really amazing, yes both of them have shot a special video with a fight.

Both these stars made a video from the film’s set in which Katrina Kaif reads the news on the phone and says that breaking news. Akshay Kumar and Rohit fall out after which Akshay-Rohit start fighting in front of the camera. While sharing this video, Akshay Kumar has written Breaking News is such a quarrel that can make your day.

View all posts by Admin →

Top 10 World Record In The World